Whether a company is solvent or insolvent, it is not possible to liquidate a company yourself. Any company liquidation must be handled by a licensed insolvency practitioner (IP).

Unless the company has been issued with a winding up petition by a creditor, the directors of the company make the decision to liquidate it and instruct an IP. So, let’s look at how to liquidate a company.

There are three types of company liquidation in the UK: 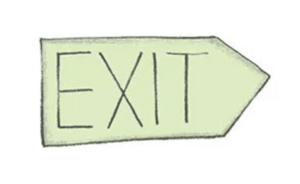 Can I liquidate a company myself?

Steps to liquidating an insolvent or solvent company

If a company has failed the balance sheet test or cash flow test, they are considered insolvent. In some cases, the company may go into administration whilst a possible business rescue solution is considered. However, in most cases, an IP is appointed to handle the liquidation process on behalf of the insolvent company’s creditors.

The IP, or liquidator, sells off any assets at market value to realise revenue, which is then distributed to the creditors in a priority order, as set out by the Insolvency Act 1986. Once this has been completed, the insolvent company is struck off the Companies House register and no longer exists.

To liquidate a solvent limited company, the directors must sign a declaration that states there are no current creditors, i.e. any tax arrears with HMRC.

There are five principal steps to liquidating an insolvent or solvent limited company:

There is no limit to how long a CVL will take; it really depends on how big the company is, the level of debt and how complex the structure of the company. However, in general, the process can take as little as a couple of months.

An important part of the IP’s role as liquidator is to investigate the activities of the company directors before and during the liquidation process to ensure that there has not been any fraudulent or wrongful trading. Directors must ensure that they have acted responsibly and in the best interests of the creditors. The IP will consider the time frame when the directors became aware that the company was insolvent and they were no longer able to pay their debts.

If any fraudulent or wrongful trading is proved, the directors may become personally liable for all or some of the company’s debts.

When it comes to distributing any realised assets by the liquidator, there is a priority order that must be followed, once the IP’s fees have been paid:

In the case of employees, their wages and any wage arrears, holiday pay and notice pay are covered in accordance with specified statutory limits by the Redundancy Payments Office of the Department of Trade & Industry.

Company or individual insolvency is not something that anyone wants to deal with; however, the sooner a financial problem is recognised, the sooner it can be dealt with and the more potential the company has in recovering. For more information on how our professional insolvency practitioners may be able to help your business, contact us today on 0800 246 5895.