No company director likes being in the position of having to make the decision to enter into a Creditors Voluntary Liquidation (CVL). Whilst an insolvency practitioner is experienced in finding ways for companies to avoid what seems like an inevitability, sometimes it is just not possible to save the company. When in this scenario, with creditors knocking on your door daily and demanding payment, choosing to go into liquidation rather than being forced into it is a better option. 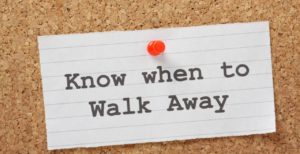 When making the decision, it helps to understand what a CVL is, how it works and the impact it will have on the company and its shareholders/directors.

What is a Creditors Voluntary Liquidation (CVL)?

A CVL is a formal procedure for insolvent limited companies that are winding up the business due to debt. Because it’s voluntary, the directors of the company have chosen to close the business, usually after all other attempts to save the business have failed.

To decide whether a company is considered insolvent, there are two predominant tests to carry out – the cash flow test and the balance sheet test. The cash flow test is when the company is not able to meet its liabilities when they fall due. The balance sheet test shows that the company’s liabilities are greater than its assets.

At the point of deciding the company is insolvent, no further credit is available and it is also not advisable for the directors to pay one creditor more than another. It could be considered a preference payment and the director may become liable for the payment upon liquidation of the company. It is also wise to ensure the safety of any assets, inventory or capital currently held by the company. It should not be sold or moved from the company as the assets will be realised to pay the creditors. Usually, when a company becomes insolvent, it ceases to trade.

If the legal procedures of administration and CVAs (Company Voluntary Arrangement) have not been successful, a CVL is probably the best option for the company. Assets will be sold at market value to raise as many funds as possible to pay creditors. Any shortfall will be written off once the company has been liquidated, unless any company debts have been personally guaranteed by the directors; they are then responsible for the outstanding debt.

How does a CVL work?

Directors of a liquidated company are allowed to set up a new business but they are not able to trade with a similar or identical name to the previous company, or a similar trade. Entering voluntary liquidation does have its benefits:

However, there are also disadvantages: